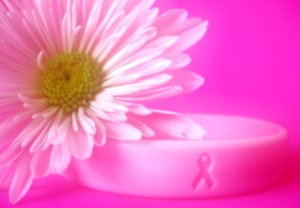 Do annual mammograms save lives?

Several studies over the past few years have concluded that mammograms do not save lives, and may actually harm more women than they help, courtesy of false positives, overtreatment, and radiation-induced cancers.

According to research1 published in 2010, the reduction in mortality as a result of mammographic screening was so small as to be nonexistent — a mere 2.4 deaths per 100,000 person-years were spared.

Another study2 published in The Lancet Oncology in 2011 demonstrated, for the first time, that women who received the most breast screenings had a higher cumulative incidence of invasive breast cancer over the following six years than the control group who received far less screenings.

Now, researchers from Harvard and Dartmouth have published a paper3 in which they present similar conclusions.

Mammograms Have No Impact on Breast Cancer Mortality

After analyzing cancer registry data from 16 million women in 547 counties across the United States, they found “no evident correlation between the extent of screening and 10-year breast cancer mortality.”

As explained by Dr. Otis Webb Brawley, chief medical officer of the American Cancer Society and author of the book, How We Do Harm, the term “overdiagnosis” in cancer medicine refers to:

“…a tumor that fulfills all laboratory criteria to be called cancer but, if left alone, would never cause harm. This is a tumor that will not continue to grow, spread, and kill. It is a tumor that can be cured with treatment but does not need to be treated and/or cured.”

Also, echoing results found in 2011, higher screening rates were associated with higher incidence of breast cancer. As reported by The LA Times:4

“For every 10-percentage-point increase in screening rates, the incidence of breast cancer rose by 16 percent… That worked out to an extra 35 to 49 breast cancer cases for every 100,000 women…

How can this be?

The simplest explanation is widespread overdiagnosis, which increases the incidence of small cancers without changing mortality,’ the study authors wrote. ‘Even where there are 1.8 times as many cancers being diagnosed, mortality is the same.’”