B Vitamins Found to Improve Memory and Prevent Brain Atrophy

The 2010 OPTIMA [Oxford Project to Investigate Memory and Ageing] study showed that the accelerated rate of brain atrophy in elderly with mild cognitive impairment could be slowed via supplementation with homocysteine-lowering B vitamins, which included folic acid, vitamin B12 and vitamin B6.

The Biochemistry of Brain Aging

Aging studies reveal that the brain shows progressive atrophy after the 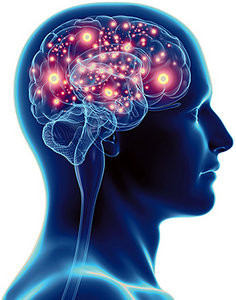 One cause of brain atrophy has been reported to be elevated concentrations of plasma total homocysteine (tHcy), as moderately elevated concentrations of tHcy have been associated with an increased risk of dementia, notably Alzheimer’s disease, in many cross-sectional and prospective studies. Elevated plasma total homocysteine is also associated with both regional and whole-brain atrophy, both in patients with Alzheimer’s disease and in healthy elderly individuals

The tissue and plasma concentrations of homocysteine are largely determined by the body’s status of certain B vitamins (folate, B6 and B12), which are cofactors or substrates for enzymes involved in homocysteine recycling to methionine (folic acid and B12) or serine (B6). As such, the discovery that supplementation with folic acid, vitamin B6 and vitamin B12 can reduce tHcy and slow brain atrophy has clinical significance in an aging population.1

In addition to keeping homocysteine in check, it should be noted that folic acid, B6 and B12 play important roles in the brain, as cofactors for the synthesis of various neurotransmitters required for normal cognition. Vitamin B12 deficiency is a common finding as people age due to decreased absorption, and is secondary to declining stomach acid secretion. An acid environment enhances B12 absorption by up-regulating the secretion of intrinsic factor, which is necessary for vitamin B12 absorption in the small intestine.

Compounding the problem is the fact that many older subjects take antacid drugs (over-the-counter or prescription) for digestive complaints, or to reduce the intestinal irritation from nonsteroidal anti-inflammatory drugs used to manage arthritis and/or chronic pain.

It is also noteworthy that in spite of the folic acid food-fortification program implemented by the U.S. government in 1998, epidemiological studies have repeatedly shown that the average daily intake of folic acid from food is suboptimal for certain subgroups, and that ingestion of alcohol, having a poor diet and decreased stomach acidity can compromise folic acid absorption and folate nutritional status. Many older subjects exhibit some or all of these conditions, which may increase their propensity for suboptimal folate status.

Given the emerging importance of these B vitamins on the rate of brain atrophy after age 60, memory, cognition, and risk of MCI and Alzheimer’s disease, health care practitioners should consider evaluating plasma folate (more ideally using the erythrocyte folate test), plasma B12 levels and total plasma homocysteine levels in patients over age 50 to identify those who would best benefit from supplementation with these three B vitamins. When warranted, a low dose of prevention may translate into many more years of normal cognitive function and preserved quality of life and dignity.4-5