Can Energy Drinks Cause Heart Attacks?

The Mayo Clinic is recommending that doctors routinely ask patients about energy-drink consumption because of an increased risk of cardiac events.

“Even healthy people, if they use it in excess, it can be bad,” said Dr. Ian Riddock of Bend Memorial Clinic. He previously served in the U.S. Air Force and in 2013 was the cardiology consultant for Afghanistan and Iraq.

“Until we can regulate these things a little more and know what’s in them, I think you’ve got to caution people. We ask about alcohol, activity, other habits. We should ask about energy-drink consumption.” 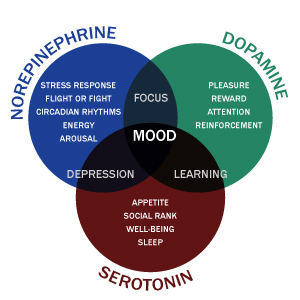 Researchers at the Mayo Clinic in Rochester, Minnesota, found that one 16-ounce energy drink, Rockstar, raised blood pressure and stress hormone responses in a group of 25 healthy volunteers with an average age of 29. Previous research found the increase in blood pressure, but the increase in norepinephrine, a stress hormone chemical, is a new finding, the Mayo Clinic stated in a news release. The spike in stress hormone could predispose an increased risk of cardiac events, said Dr. Anna Svatikova, a Mayo Clinic cardiology fellow and author of the study.

The study was presented at the American Heart Association’s Scientific Sessions 2015 and published in the Journal of the American Medical Association. The researchers conducted a randomized, double-blind, placebo-controlled pilot study. Each participant consumed a 16-ounce drink and placebo drink within five minutes in random order on two separate days, which were at a maximum two weeks apart.

The placebo drink was similar in taste, texture and color but lacked caffeine and other stimulants like taurine, guarana and ginseng.

“These results suggest that people should be cautious when consuming energy drinks due to possible health risks,” Svatikova said in a news release. “Asking patients about energy drink consumption should become routine for physicians, particularly when interpreting vital signs in the acute setting.”

Showing up to the ER

In an interview, Svatikova said the research was prompted by reports from emergency departments around the world of young people showing up with chest pain and irregular heartbeats. Larger studies are needed to confirm the Mayo Clinic’s results, she said, but the effect on blood pressure and stress hormone levels was significant enough to warrant a recommendation for doctors. “It’s something to bear in mind when we see patients,” she said.

Riddock, who previously was director of preventive cardiology at the David Grant Medical Center at Travis Air Force Base in California, reached a similar conclusion after reviewing data from seven previously published studies. His review, conducted with University of the Pacific pharmacologist Sachin Shah, was presented at the American Heart Association’s 2013 Scientific Sessions.

They found energy-drink consumption raised blood pressure. It also lengthened the QT level, which is a segment of an electrocardiogram, by 10 milliseconds. Increased QT levels are associated with irregular heartbeats and sudden cardiac death.

Riddock saw firsthand how energy drinks and other stimulants affected soldiers and treated several of them for irregular heartbeats. One Marine gunnery sergeant felt himself go into atrial fibrillation on the day that he ate a caffeinated MRE (meals-ready-to-eat) and one day after drinking three or four energy drinks. “He was very exhausted, but he was completely wired at the same time,” Riddock said. The Marine was transported from a small base in Afghanistan to Bagram Airfield, where Riddock treated him.

Irregular heartbeats in young people are usually benign, Riddock said. They can be accompanied by passing out and if the heart is beating very fast, make people uncomfortable, he said. But it’s also a sign that the heart is irritated, and if it happens frequently or goes on too long can weaken the heart, he said.

Energy drinks were part of a steady diet of stimulants that soldiers would take while trying to stay alert for shifts, or before lifting weights, Riddock said. Riddock saw several cases of soldiers who had to be shocked out of arrhythmia, and a few were even transported to Germany. 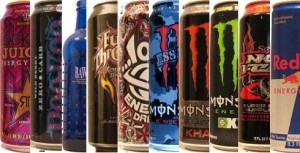 So he and the brigade commander banned energy drinks and dietary supplements. “We just shut it down,” he said.

Civilian doctors don’t have that luxury.

In Bend, Riddock said he’s received referrals of patients who have had some heart problems. He thinks young people don’t see the difference between energy drinks, which have several sources of caffeine at a high concentration, and beverages like coffee, where caffeine is at a lower dose and consumed throughout the day. “Young people in particular kind of think they’re invincible.”

Full article can be found  The Bulletin