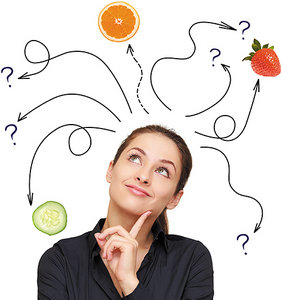 One of the biggest mistakes I see in nutrition is that we look at life in these narrow “slices” of time and think this is how things always have been. We might think that nutritionally we’re a little worse than a while ago (or not), but we don’t have any perspective or context to help us see exactly how different things are now. After all, we think to ourselves, how different could cheese be? Or meat? Or bread? Or vegetables? We simply don’t remember what people ate before cereal or sandwiches came into the picture.

Let’s take, for example, the current fad of eating low fat. At no point in human history had we ever eaten low fat until the past 30 to 40 years when research linked hydrogenated fats and trans fats to heart disease. While those man-made fats absolutely contribute to heart disease, there has never been a study that linked butter or lard to plaques or any other cardiovascular problem. Yet without solid research on which to justify this change, the national recommendation then became to avoid ALL fats. We then invented fat-free yogurt with more sugar in it than even a candy bar, but with all the “wholesome goodness” that yogurt seems to imply.

Did you know that back in the 1940s, the inexpensive cut of meat was the lean piece? When you wanted a rich, mouth-watering steak, it was the fat you looked for. If you couldn’t afford the good cut with the fat, you could buy inexpensive pork belly and, using a larding needle, sew strips of it to the lean meat to give it flavor. Check out cookbooks from the 1930s and you’ll see what I mean.

Fat traditionally was so prized for its nutritive value that fish eggs (which are fantastic sources of fat-soluble vitamins A and D) were given as a wedding present in Japan to a new couple to increase fertility. The Eskimos also prized fish eggs. Natives in the Andes carried fish roe from the ocean hundreds of miles to their villages in the mountains to bring nutrition to women of child-bearing age. Native Americans would save fat from animals like buffalo and bear killed in the summer to use when cooking the lean animals like rabbit and deer during the winter.

Where does one get those vitamins now? We could get vitamin D from the sun … if we were outside without sunscreen. The traditional food source was lard, from pigs fed in the sun. Vitamin A is only found in animal products, like full-fat dairy, butter and liver. Beta-carotene is actually a precursor to vitamin A and needs to be converted in the body and the conversion rate can be quite poor. The ratio of conversion of beta-carotene to retinol can be as bad as 28:1 and is especially low in diabetics, people with hypothyroidism and celiac disease and babies.

The Raw Food store Que SeRaw SeRaw in Burlingame, CA has many choices of raw vegetables, entrees, wraps, and more. How many people do you know think raw-food diets are vegetarian or vegan? It is completely true that raw foods can have higher amounts of enzymes and nutrients. Cooking may add the damaging effects of processed oils, advanced glycation end products (AGEs) that speed aging and cellular damage, will kill off any beneficial bacteria, and potentially can add toxins and chemicals, depending on how processed it is. 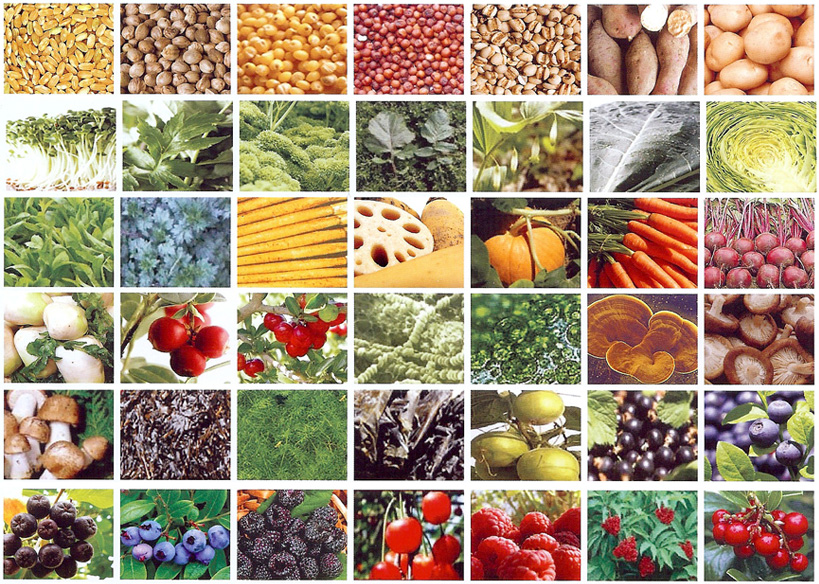 The problem is that, again, we have “forgotten” that while all healthy cultures had some source of raw foods, it wasn’t just fruits and vegetables. There were also sources of raw meats, raw seafood and raw dairy (in some cultures). Beef carpaccio, sushi, steak tartar and raw oysters are all examples of traditional raw foods, as well as cod liver oil, raw butter and raw milk.

Researcher Francis Pottenger saw in his studies that cats fed a diet of cooked meat and pasteurized milk had, after three generations, more difficult pregnancies, narrow faces and crowded teeth, frail bones and weak ligaments, parasites and diseases. The cats that ate the raw meat and raw milk did not, and continued their health for subsequent generations. There are people who think that many of us, with our need for braces and wisdom-teeth extractions, never mind the rates of degenerative diseases, are the nutritionally deficient human versions of Pottenger’s cats.

What else did traditional cultures do? A lot of these cultures didn’t have the unlimited food we have now, so they didn’t do anything insane like voluntarily stop eating meats or fats, and they certainly didn’t squander any parts of an animal. Boneless, skinless chicken breasts? Not a chance. Bones gave you flavor and minerals, and chicken skin is actually in the same category as olive oil, a monounsaturated fat. You kept the bones because in making soup with them and by adding any water you might have boiled vegetables in, you kept the vitamins and minerals.

Of course, what we do now is throw away everything besides the muscle, not realizing that bone broth made from real bones was how people got their minerals like calcium and nutrition like glucosamine for joints, gelatin for healing the gut lining, and glycine for heme synthesis, collagen formation, detoxification and neurotransmitter function. Organ meats gave us mineral content far surpassing vegetables, as well as a full complement of vitamins.

Eating only the muscle meat causes high levels of inflammatory homocysteine in the body. If we had ample B vitamins, we could convert homocysteine safely back to methionine, but most people are B-vitamin deficient … and why? Because stress and eating refined carbohydrates depletes the body of B vitamins. The best source of B vitamins is liver, but who’s eating that now? If we continued to eat the whole animal, instead of arbitrarily deciding to only eat the muscle meat, it wouldn’t actually be inflammatory, as evidenced by cultures like the Masaai (Africa) and the Eskimos. They ate little to no vegetables, nearly all animal protein and animal fats, and had next to none of the degenerative diseases we have now and a .01 percent cancer rate.

Again, cultures that weren’t replete in food as we are today might not have eaten a lot of anything, including meat, but they certainly didn’t shy away from it when it was served. People will quickly point out to me that people from India ate a vegetarian diet and were healthy, and I will just as quickly point out that they ate animal protein unknowingly in the form of insects mixed in among the grains they ingested. We know this because vegetarian Indians who relocated to England were shown to contract megaloblastic anemia for the simple reason that even though they were eating the same diet, the food was now “cleaner” and without the added nutrients from the insects, they contracted the same B12 anemia that is so prevalent among many vegetarians.

Sometimes people will say that “we live longer now, so we must be doing something right.” Actually, the mid-Victorians had the same lifespan as we do, with 10 percent of the degenerative diseases. If you made it beyond the age of 5 (approximately one in three children died young), and didn’t catch something infectious that could kill you, your lifespan would be the same as now, you would be active for nearly your whole life, rarely be sick, and you would probably die in your sleep. 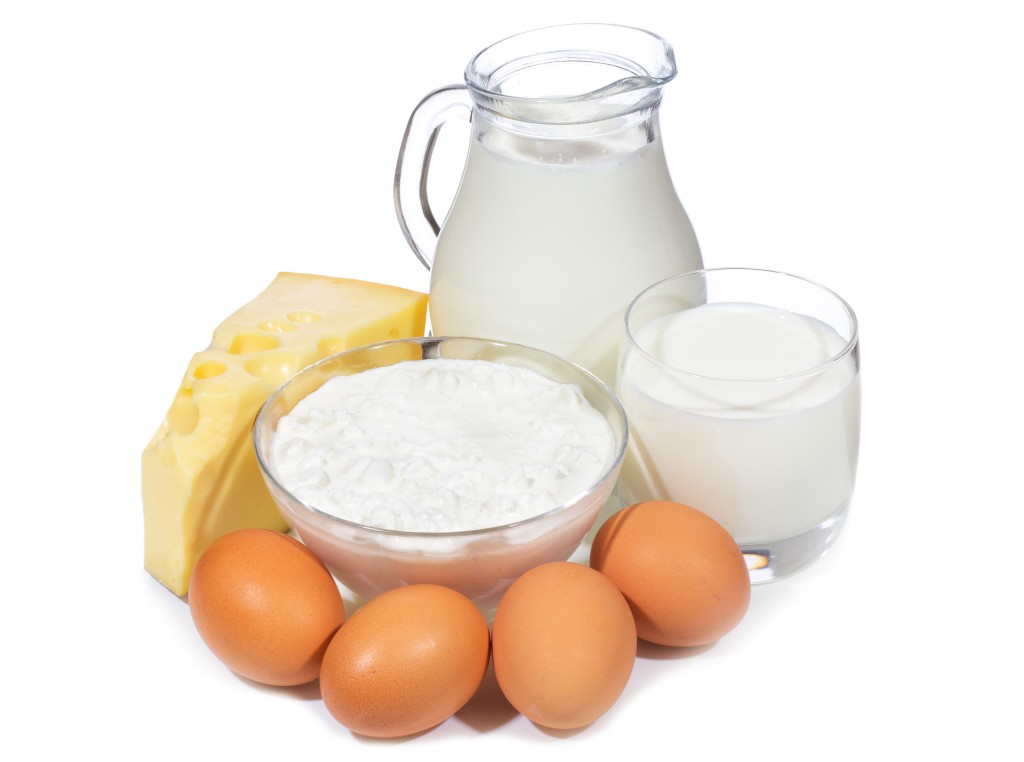 The mid-Victorians ate locally grown, seasonal produce, local dairy products and eggs, “crazy” foods (at least, for modern Americans) like steak-and-kidney pie and liver, and very little sugar. Around 1880, shipping became much more common and people started eating different foods, like canned and tinned meat (instead of fresh), wheat from North American for baked goods, along with a huge influx of sugar.

By the year 1900, sugar had rotted teeth to the degree that people could not eat fruits, vegetables and nuts, and this malnourishment caused a change in health so severe that the military had to drop their admission height by six inches, to 5 foot, 0 inches. Regarding our lifespan now, we only live longer because of life-saving measures; there’s little to argue regarding our decline in quality of life as we age.

As you look around at the food in your kitchen and refrigerator, or the food you’re ordering in restaurants, the question to ask yourself is, “Would your grandmother (or someone 75 to 100 years ago) recognize any of this food?” Nearly everything that comes in a bag, box or can nowadays is a newly invented, “modern” food, complete with everything from high-fructose corn syrup to GMO grains, to corn-fed beef. Vegetables grown on over-farmed soil with no nutrients are sprayed with pesticides because when plants don’t have nutritional health, they can’t defend themselves either.

Soy protein and soy oil is in nearly everything (it’s our second largest crop, after all) — none of it fermented to make it more digestible and less damaging. Corn oil, vegetable oil, soy oil — those are all modern inventions, with their highly inflammatory profiles, used in restaurants and salad dressing everywhere. Artificial sweeteners, “Real fruit flavor!” chemicals, preservatives in everything from meat to chips — those are all new chemical inventions. Add in the scientific formulations designed to create addiction, with high levels of salt, sugar and fat hidden in the ingredient list and in the taste, cutting-edge marketing, and easy access to food everywhere — it’s no wonder people make poor food choices.

There has been a small shift toward buying locally and from farmers markets, and a bit more awareness, with articles in the mainstream media regarding the damage of the low-fat policy and ingredients like sugar. I would be lying, though, if I thought that cleaning up our diets for the past couple of years was going to offset the decades of damage we’ve done to ourselves, along with the potential generational damage we’ve had.

Just so you know, I’m personally working on this myself. I take fish oil, avoid processed foods, buy free range meats and small wild fish, am learning to eat organ meats, take a top of the line multivitamin, and eat organic vegetables at every turn. I eat real food, and try to eat in a way that my great-grandparents would recognize. It’s been a journey, but one I recommend for my patients and recommend to you as well.